“Beyond the realms of sea and land and air and space lay the realms of fire, which he alone had been privileged to glimpse. It was much too much to expect that he would also understand.”

Images of traveling ships are recreated in this kinetic installation. The machine of the industrial revolution inspires the movement of the artwork, transforming the rotary motion to linear. The reciprocating motion of the ships’ masts is forming standing waves in the space while the metal sounds bring images of the ships moored on the dock. A group of mechanisms forms a machine in perpetual motion powering the need of man for exploration. 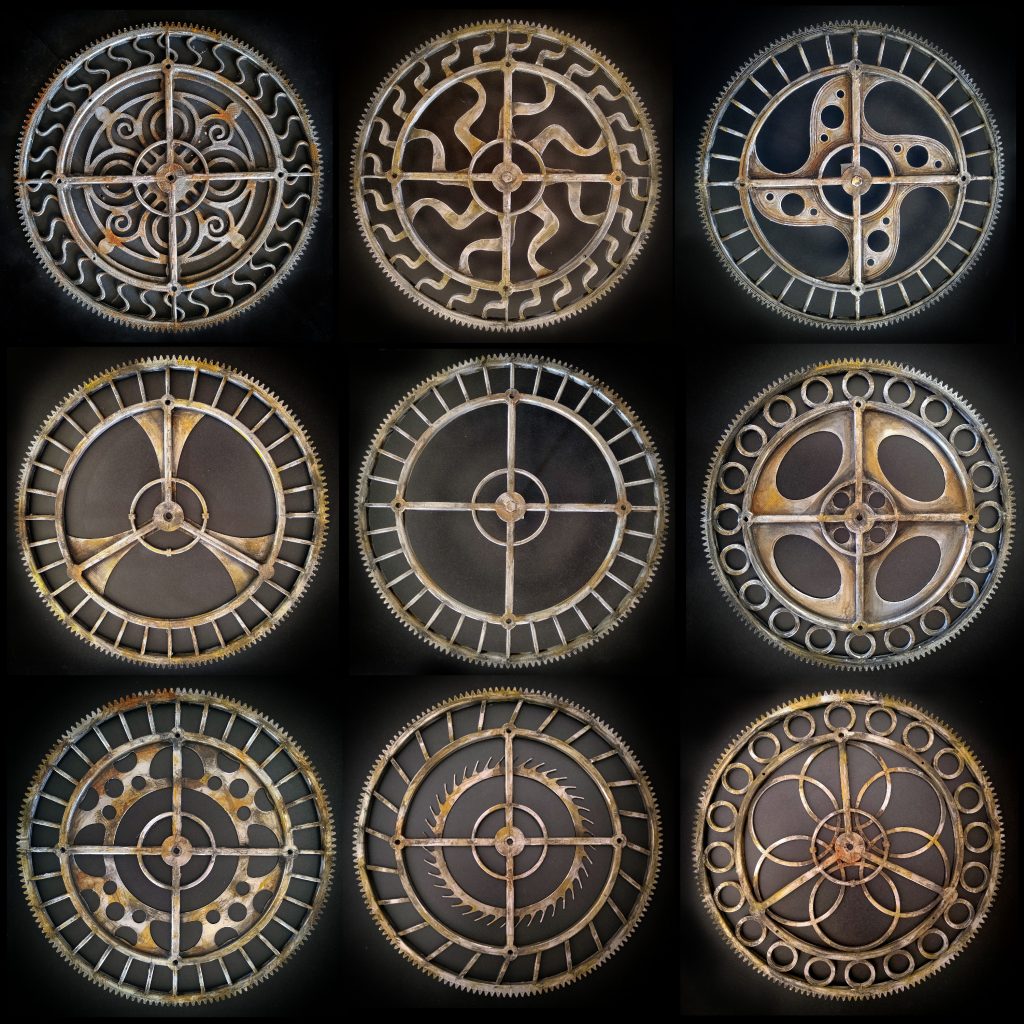 Nine custom-designed wheels of the installation

Nine mechanisms are placed on the floor in a straight line and in a distance from each other. A motor through a gear transmits the rotational motion to a wheel. The wheel converts the rotary motion into reciprocating motion, setting in continuous oscillation a 3m long tube which is internally illuminated with white light which vibrates following the oscillation frequency of the tube. Attached along the tube is a translucent plastic sheet that moves freely. Each mechanism has a slightly different frequency of rotation so that all the mechanisms form patterns of static waves and sometimes chaotic formations. With their movement, the wheels will hit various metal tubes, creating a sound landscape that will follow the movement of the installation.